World Series 2014 Game One Giants vs. Royals thru an Astrological Lens

Final Score: Giants 7 Royals 1 Giants on a record breaking streak with 7 straight wins in all the post season series. Bumgarner now 3-0 in the Fall Classic Hunter Pence's two-run homer fueled a three-run first inning in Game 1 as the Giants proceeded to complement Bumgarner's seven-inning effort with their second-highest scoring total of the postseason Astrological Breakdown on How They Got There. 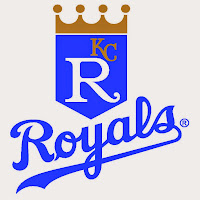 Here we are at the World Series. We have two Wild Card teams who persisted , one - the Giants, veterans of two other victories in 2010 and 2012 and their rival the Royals haven't been here since 1985 when Motely Crue was in the house. It has been 29 years since the Royals were here and they are focused on winning but so are the Giants. As I said in my last two astrological appraisals, impressions and semi-forecasts with Mercury still retrograde till October 25th, errors and mistakes could mean the difference between winning and losing. Also with Uranus retrograde and fired up in Aries and opposing tonight's Moon in Libra.
We seen some amazing and unexpected hits which have launched the Giants from the amazing Blood Moon Eclipse on October 8th. when the Moon and the planet of sudden shocks were cojoined. And the Giants who are one of the greatest post-season teams in history and players like the Panda, Pablo Sandoval who has rocked the ball with dynamic power like in the 2012 Series.

Without further hesitation even with today's indecisive Libra Moon, I am saying the Giants will hit the Royals hard in the early innings. The chart below is set for the first pitch tonight @ 7:07 PM CDT in KC. Using Sports Astrology where:

Taurus is rising which I will call the Royals using both the ascendant for the home team and the color blue closer to Taurus
With Scorpio on the descendant/7th. house we relate to the Giants colors of Orange and Black.
chart below:

First of all Bumgarner who is hot and was given the MVP award just last week for his work in the NLCS Championship.
Bumgarner who not only has a dominant Leo stellium which can sustain over the long haul
along with a Uranus-Saturn combo in disciplined Capricorn and opposing Jupiter which is about spontaneity and originality
versus control and is also a "Lucky aspect".
Madison also has Uranus is slight Out of Bounds position which means the unexpected superlative performance.

James Shields who is an adaptable and bold Sagittiarus with Uranus-Juno-Vesta-Neptune-Sun all in the sign of the archer
He also has a close alignment between Mars, the planet representing desire, phsyical energy in Libra to his natal Uranus for sudden athletic performances.
this is an aspect which represents superb athletic inuituition.

Back to the analysis of the two pitchers: Madison Bumgarner vs.James Shields
Sagittarius Shields (born Dec. 20, 1981) the Royals pitcher is about 7 years older than ultra-Leo Bumgarner (born Aug. 1, 1989)
Both throwers can fire heat, cutters and have a change-up.
Of course from my stand point astrologically Shields is at disavantange due to a recent bout with kidney stones and with his natal stellium of Mars, Pallas, Saturn, Pluto and Moon all in Libra
and Libra rules the kidneys.
As the Grand Cardinal Square involving Uranus and Pluto in a waxing square
And with the tonight's moon transiting in Libra to square Pluto and Uranus (exact AM tomorrow) he could get blindsided. Also Shields has a natal Mars-Neptune conjunction in sometimes over-confident Sagittarius which can mean performing magical feats or falling prey to resignation and not finishing.
Below is a dual wheel chart with the older James Shields in the center and Bumgarner on the outer wheel:

Posted by Art Gianfermo at 5:19 PM